Let me welcome you back to Detroit, Ford. 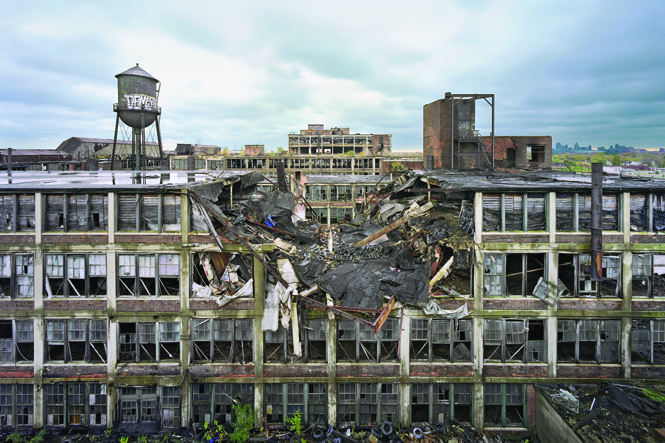 Last week, the Ford Foundation – the charitable fund created by Edsel and Henry Ford and now run independently of the motor company – returned to its birthplace, the Motor City. There were no parades, no tears of joy from family reunited after many long years. A raised eyebrow, at best, greeted the Trustees as they returned to renew their commitment to our embattled city.

The reality is that the things that Ford Motor Company represented to many – bustling industry, solid wages, the American Dream – have long since departed Detroit. The Foundation itself left Detroit to New York City in 1953 as it sought to expand its reach nationally and globally, and the relationship of the Foundation to its creators the Ford Family began to deteriorate. In his 1976 resignation letter to the Board, Foundation President Henry Ford II wrote sourly:

“The foundation exists and thrives on the fruits of our economic system. A significant portion of all abundance created by US business enables the foundation and like institutions to carry on their work. In effect, the foundation is a creature of capitalism—a statement I’m sure would be shocking to many professional staff in the field of philanthropy. Perhaps it is time for trustees and staff to examine the question of our obligations to our economic systems and to consider how the foundation, as one of the system’s most prominent offspring, might act most wisely to strengthen and improve its progenitor.”

And by then, industrial capitalism had effectively left Detroit. And left it in shambles. This departure was exacerbated by globalization and federal policies like free trade agreements (think NAFTA and the soon-to-be-approved Trans-Pacific Partnership (TPP)… do we ever learn?) as well as domestic issues at home like intense racism, housing segregation and employment discrimination that famously exploded into public view with the Riots/Rebellion of 1967. It must have seemed to many like Ford had turned its back on its hometown just as things started going downhill.

The sad irony of Henry Ford II’s words as seen today is that things are worse for capitalism today than they were when he wrote them, and the system is most in need of saving (or ditching?). In 1976, the top .1% of families owned slightly less than 10% of the country’s total wealth. Today, that number is nearly 25%. A single family, the Waltons of Walmart fame, own more than the bottom 40% of American families. (That dwarfs the wealth of the Ford family by over 100-fold, and Ford was famously called a socialist by the New York Times in 1914 for paying $5/day, or $114 in today’s dollars. In contrast, the Waltons don’t even pay enough to keep their employees off food stamps: in fact, their company lobbies for expansion of federal SNAP benefits as the largest corporate beneficiary of them.) Whether you’re for capitalism or against it, there’s something true ringing in those parting words of Henry Ford II.

So perhaps it is best to understand the Ford Foundation’s not-so-triumphant return to Detroit in just this context: if capitalism is to be saved, Detroit is definitely the place to do it. Inequality has reached such soaring heights here that basic human rights like access to water and local democratic control are being stripped away from people. The Foundation actually seems to understand, its current President Darren Walker writing this in a sweeping Free Press op-ed heralding their return:

Today, our focus is on inequality, which is the defining issue of our era. Inequality is more than an economic divide between the super wealthy and the vast majority of people who struggle to make ends meet. It’s also about imbalances in political, social and cultural power that favor the few over the many.

It is why, for instance, when Detroit entered Chapter 9 bankruptcy, it was not the powerful or wealthy who were asked to sacrifice, but those already most vulnerable. Retirees saw their pensions up for grabs; residents’ voices were eclipsed by unelected officials; low-income people had to fight for access to water; and irreplaceable public treasures owned by all were considered disposable.

As my mother used to say, “We all know the sickness, God, but please send down the cure!” The Ford Foundation’s $125 million pledge to the so-called grand bargain to resolve Detroit’s bankruptcy was the largest grant they ever made, and yet that money will only help pay old debts and pension obligations. Who will create tomorrow’s living wage jobs in Detroit, like Henry Ford did 100 years ago? As Detroit Chief Operations Officer Gary Brown recently told me in a meeting on water affordability and payment assistance, “You can’t fix this by just throwing money at the problem.” (Former hedge fund manager Andy Kessler makes the same point in a different way in a recent critique, positing that the Ford Foundation should follow Henry Ford’s example to combat inequality: investing and creating jobs. I agree with some elements of his analysis, but others ring hollow in a city that hasn’t been helped by investors in a long time…)

The truth is that Detroit needs a new industry that is both financially and ecologically sustainable. We don’t need more pity charity and “trade adjustment assistance“, which is hush money for politicians to get rich while helping their crony capitalist friends outsource American jobs. The city that built the automobile could build the next generation of public transit for the world: high-speed rail, renewable batteries for electric cars/buses, solar and wind power, a green New Deal for this country and the globe. Could the Ford Foundation get behind this?

So let me welcome the Ford Foundation back to Detroit, where we have 100,000 unemployed skilled workers ready for jobs and no capitalists to employ them. Ready for the challenge? We are.

PS – Visit DetroitWorkers.com to learn how we’re tooling and retraining Detroiters to fix Detroit, so Detroit can move the world again.