When it rains, it pours!

This week began with the surprising news that U.S. Department of Education Secretary Arne Duncan is initiating a process to help defrauded college students seek forgiveness on their federal student loans. There is no doubt that this major announcement, which could lead to billions of dollars in savings for cheated student loan debtors, was instigated by the powerful actions of Corinthian College students who refused to pay back loans. Their school administration was caught bribing employers to temporarily hire (and then fire) graduates in order to beef up their success numbers.

The group behind this strike: an Occupy Wall Street offshoot called Debt Collective, who released a statement claiming the USDOE hadn’t gone far enough. And they’re right: millions more students are living with inflated degrees, souring job prospects and boatloads of student loan debt that threaten to derail the economy again. Still, this is a huge step in the right direction and should open the floodgates to student loan forgiveness.

Then Wednesday brought more good news for students: NY’s Cooper Union president Jamshed Bharucha resigned in shame after instituting the college’s first-ever tuition in 2013. His tenure was mired in controversy, including a famous student occupation of his office by Free Cooper Union, another OWS offshoot. His resignation was one of their three demands. The other two define a pathway back to free education, which should be the goal not just for Cooper Union but for every (public) higher education institution in this country. (Here’s a study showing that the U.S. could provide free education to all for only $15 billion more in spending per year, or 1/26th the cost of the fighter jet program)

What do these victories have in common? They affirm that direct action against the injustice of unaffordable, debt-driven higher education works. They show that millennials aren’t just sitting back and accepting the realities of an educational system that is becoming less and less accessible to them. They are standing up and fighting back, skillfully and with sustained action. And that’s seriously good news. 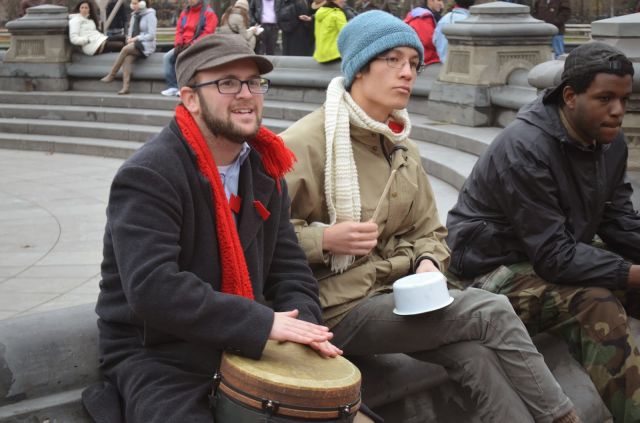