Come to the NYC Debut of A Dangerous Game! 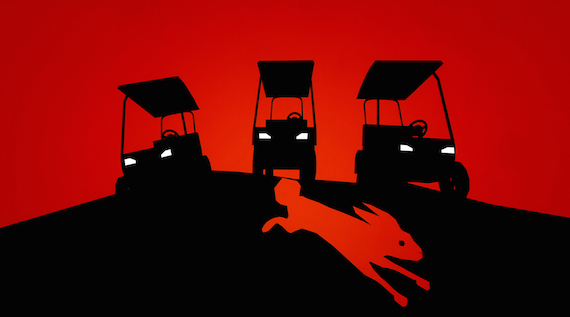 Director Anthony Baxter finds himself on a journey to global hot spots where Donald Trump and other rapacious developers – often in cahoots with local officials – are using golf as a smokescreen for massive luxury resorts that end up costing the earth. With appearances by Hollywood star Alec Baldwin, environmental icon Robert Kennedy Jr, the world’s most famous businessman, and a cast of memorable local heroes who aren’t taking it any more.

I’ll be featured on a panel discussion with Director Anthony Baxter and other cast members at the IFC Center on March 12th, 8pm!

And check out the trailer below…