It turns out that when you parcel off public education to technocratic billionaires, they write themselves into the history books.

This is from the draft Common Core assessments – largely underwritten by the Bill & Melinda Gates Foundation – for TN 5th graders:

That’s right, 8 white billionaire males. Never mind that 32.8% of Tennessee’s students are non-white (according to the NT Dept. of Ed), and the average household annual income is less than $44K.

Anyone can be a billionaire, right? Just not everyone.

[UPDATE: Randi Weingarten, American Federation of Teachers president, suggested on Twitter that this was probably the local state’s “spin”. A nearly identical question appears in the TN curriculum here (Question U.S.144). Who can figure out who wrote it?]

I tried to sum this insanity up into a single infographic, so feel free to share it around the social interwebs 🙂 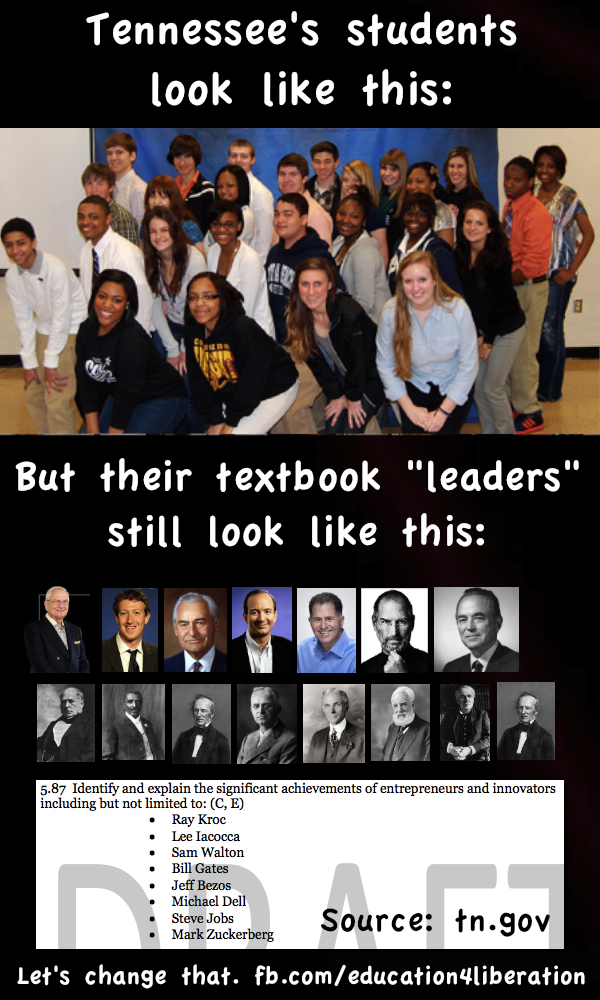