On A Street Far From Wall Street 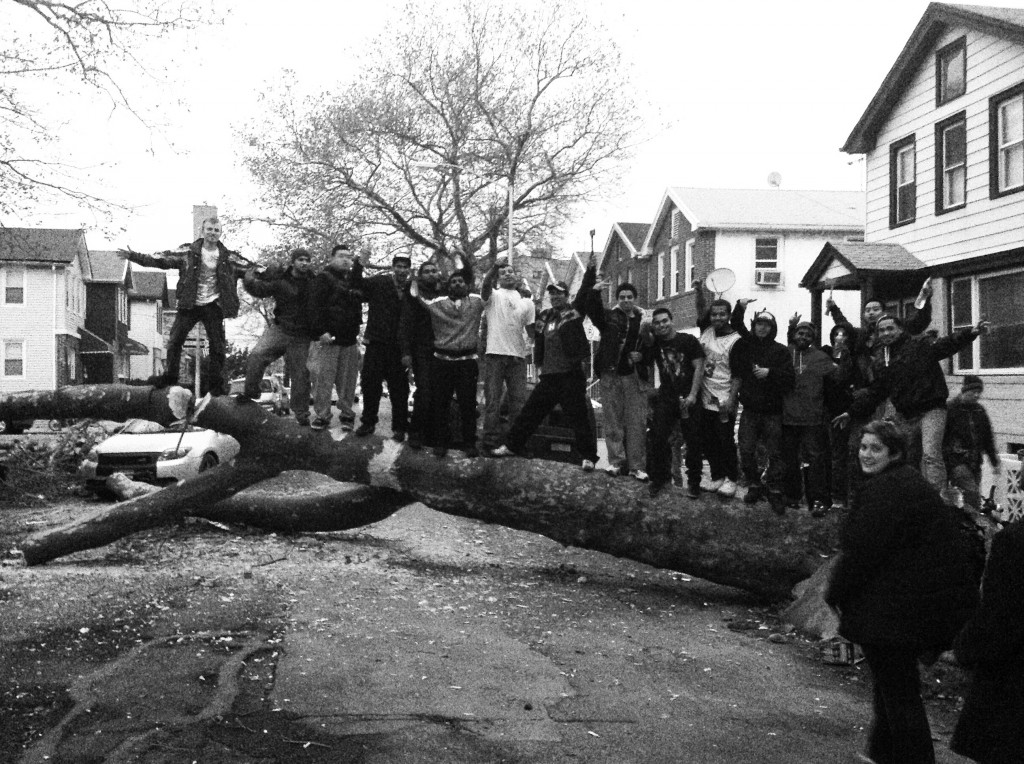 We were far from Wall Street.

The sidewalks were strewn with rotted furniture, tattered clothes and assorted debri. Families and friends huddled around doorsteps, doors swung open in the hopes that fresh air would drive out the stench of the sitting flood waters.

The Mayor said New York City was back to business as he rang the opening bell.

Jose Luiz said “Fuck Bloomberg” as he lifted an axe to the long, thick tree trunk that had lied down flat on his block. Its roots tickled the metal fence on one side of the street while its branches poked at the stoops on the other side. He stood atop the tree, conquering it with his feet, while his pals tied a rope around it and then to the bumper of a worn-out old 4-door.

“Who you wit’, the city?” they asked suspiciously as we approached. If so, we would have been the first to take notice of what was happening on that block off Neptune Ave. Besides those imposing police vans with their glaring lights at night, lights that reflect off the walls of darkened, powerless buildings. Lights that say “Keep calm. Don’t riot.” The police surely wanted to help, but their orders were clear. “We were told to [go up and down this street with our lights on],” one told me. The National Guard had 4 tanks on the next block, and three Guards stood eyeing passerbys on the next street. Stand your guard. Marching orders. 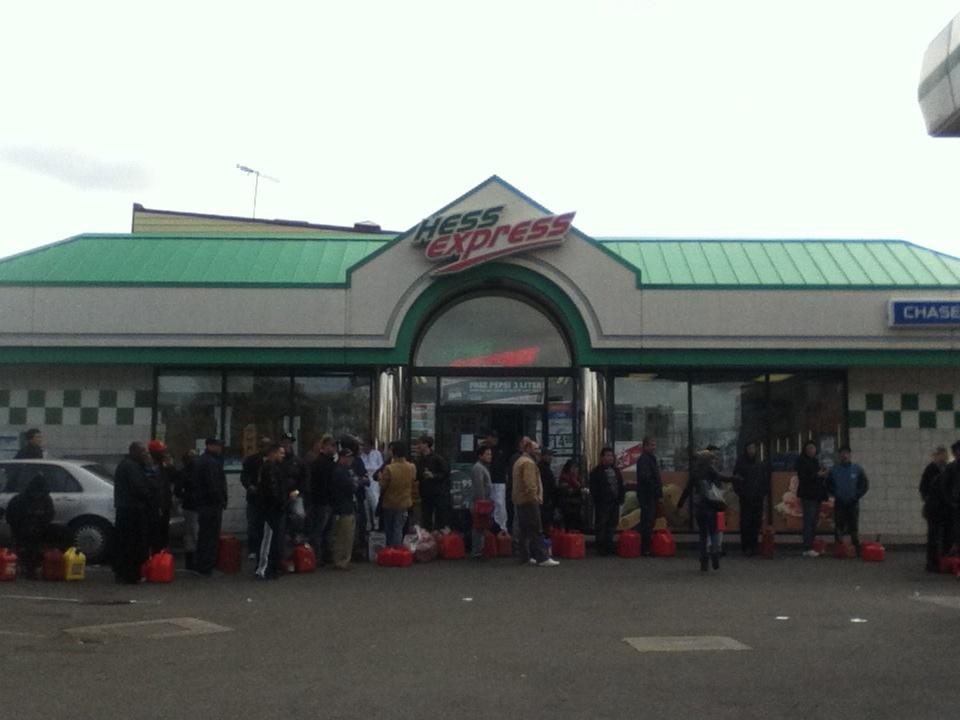 We weren’t with the city, we explained. And we didn’t much care for Mayor Bloomberg either, considering that he evicted us from Zuccotti Park and threw away all our books and tents. We had something deeply in common with these young men, living on the periphery of the 1%’s city, under the heartless dominion of Bloomberg’s Army.

They looked worn out but persistent in the face of 3 days without power, hot water or gas. If they wanted to fill up their car tanks, the closest station had 300 other Brooklynites snaking in a line around it, gas cannister in hand, to fill up from a single pump. A line of cars a mile long paralleled them.

This is climate changed.