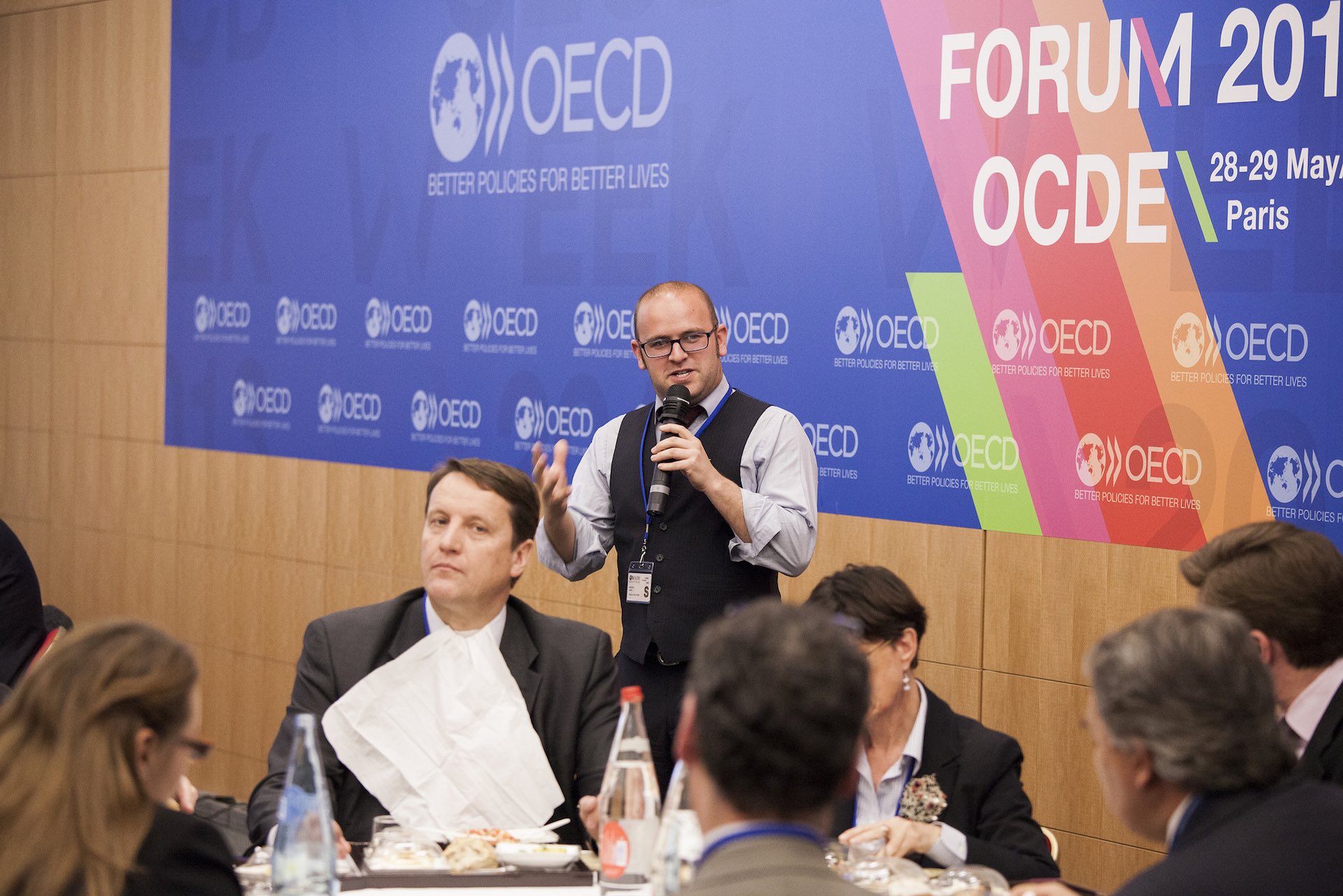 In May of 2013, I was invited to speak to international business and civic leaders at the annual world conference of the Organization for Economic Cooperation and Development (OECD), an inter-governmental organization of 35 member-nations created out of the Marshall Plan after World War II. As a representative of the growing Occupy social movement, I was asked to speak on the power of social media to make governments more responsive to their citizens, and as a tool to give civil society real organizing power to improve political participation. What I learned was that there is a pervasive misunderstanding of digital communications tools at the highest level of corporate business and government.

The lunchtime panel discussion I spoke on was entitled ‘Power of One’, a bit misleading as it intended to speak to the capacity of social media (as opposed to traditional media) to amplify the voices of individuals in a society to their fellow citizens and the government. Herein lies a basic misunderstanding: social media does indeed lift up individual voices but through a collective mechanism of approval and validation. When a resonant message appears publicly on a social network, other individuals in an expanding, rippling network retweet/repost this message with their own approval (and often additional commentary). This bottom-up distribution method differs from the top-down curation of traditional media, but it doesn’t necessarily mean the atomization of a society. On the contrary, social media has the power to collectivize popular thought into a format that governments can efficiently listen and respond to.

The various national government, European Union, and business leaders present at my panel discussion asked very thoughtful questions about the relationship of social media to governance. In general, established governments and businesses tend have a top-down (traditional) view of social networks – seeing them as megaphones for official communication rather than tools for authentic dialogue. If social media is to be useful to governance, those in positions of relative power have to learn to utilize networks for listening as much as speaking. When utilized as a listening and feedback tool, citizens can become empowered to speak directly to their representatives and legislators as well as to each other. This opens the door to a less “mediated” democracy, in which citizens can more directly participate in their own self-governance and interact in real-time more effectively with their elected and appointed leaders. Nation-states also need to recognize the public utility of social networks and the digital (and physical) infrastructure that underly them and ensure that these tools remain neutral and accountable to the public.

“[Justin] highlighted the issue of trust in political institutions as an essential issue to address.”
– Anthony Gooch, Director, Public Affairs and Communications, OECD